There are numerous reasons for forklift accidents; bad sight lines, blind zones, noise, people wearing hearing protection, back end swing radius, workers in the wrong location and more. Every year, OSHA states that there are over 90,000 forklift incidents, with around 100 of those fatalities, many of those preventable with proper safety precautions.  The ITA (Industrial Truck Association) also reports that the useful life of a lift truck is eight years, which means that about 90 percent of all forklifts will be involved in some type of accident during their useful life.  For businesses, there are also the monetary losses to consider.

This is from Occupational Health and Safety Magazine:
Forklift Accident Statistics – Your Forklift Safety Zone
“As reported by the National Institute for Occupational Safety and Health in June 2001, forklifts strike pedestrians every day and result in 100 deaths and more than 20,000 injuries annually in the United States alone.  The NIOSH report shows that approximately every three days, someone in the United States is killed in a forklift-related accident.  Each year, an additional 94,750 injuries related forklift accidents are reported.  The costs incurred because forklift accidents are estimated to be above $100 million.

How do we get to such a large number?  Besides worker’s compensation or workers’ lost time at the job, there are huge lawsuit awards made for forklift accidents.  When you start adding up awards such as $750,000 for a back injury or $2.8 million for a foot injury, it’s easy to see how these costs add up, given the number of incidents reported each year.”

The question is, how do you combat unsafe forklift practices?  First, have workers follow the suggested safety guidelines set forth by OSHA and other organizations for proper use of forklifts. Second, according to a NIOSH recomendation from Preventing Injuries and Deaths of Workers Who Operate or Work Near Forklifts, is to “make every effort to alert workers when a forklift is nearby.”  Choices of a backup alarm or flashing lights used to be your only real options, now a quality proximity detection system that alerts workers of impending collisions adds a true warning system that was not previously available.

Having workers that recognize the dangers involved in working around moving machinery such as forklifts, and know what actions to take to keep themselves safe, can not only prevent injuries and fatalities, but could also save money in settlements and lost production. 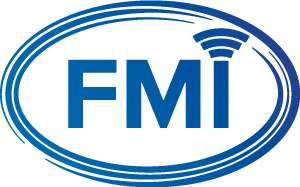